It’s an old trope: a bumbling restaurant patron discovers they can’t afford their meal, and, after a big commotion, they work off their debt by washing dishes and serving customers. In the real, less comedic world where everyone needs food but not everyone has the means to get it, this sort of system would have merit, but it just doesn’t seem to happen in real life. At least, not in Abbotsford – or at least, not yet.

But in early 2018, Abbotsford will have Abby Eats Café, a social enterprise eatery functioning on a pay-what-you-can model. Customers can pay whatever they’re able to muster, and if money isn’t such a viable option, then they can assist the café as a server, or a dishwasher, or with whatever other helpful service they can offer. They may also pay toward someone else’s meal with money or volunteer work. 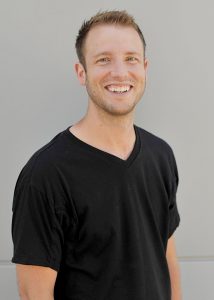 Kyle Dyck, the front man for the project, is not working to give simple handouts to the less fortunate. Instead, he’s trying to create a less class-divided community. “You’re trying to engage all social classes,” he says. “A big part of it is creating that culture, where you know when you walk in there you’re loved, valued, you’re cared for, no matter what you look like, or believe, or how much money you make.”

“I’ve had conversations with people where they’ll go, ‘Does that mean if I bring my family in there, I might be sitting next to some homeless or some poor person?’ And I’m like, yeah, that’s the hope – and that people won’t cast judgement right away.”

The planning for Abby Eats began in January. Dyck had just resigned from a church in Abbotsford after eight years of serving as a pastor. He was wondering what the next step in his life was going to be when, during an episode of Diners, Drive-ins, and Dives, he was introduced to the concept of social enterprise eateries.

“I loved the concept,” he says. “I made the decision that I’m going to pursue this 100 per cent, until there’s too many roadblocks and it’s not going to work.”

“I have no business experience,” he admits. “I’m not a chef … But I do have a vision and a dream, and I think enough problem-solving skills to make this thing go forward.”

This isn’t to say Dyck is rushing into this project in total ignorance. During his time as a pastor, his church ran a recovery ministry where he gained experience “working alongside and caring for some really at-risk, addicted, struggling people.” And with rising rent costs and an increasing homeless population, he recognizes that “food insecurity is a major issue, a major social justice need” in Abbotsford.

“I have a heart for helping people in Abbotsford,” he adds. And Abby Eats “could really put Abbotsford on the map in a cool, creative way in terms of social enterprises around here.”

Dyck and his team are not the first community-minded people in BC to have an idea for this kind of eatery. Vancouver’s Heartwood Café used a similar pay-what-you-can model for its “Soup for the People” menu, but closed its doors in August last year because, as Simran Singh of The Daily Hive reports, “with rising rent and operational costs, Heartwood’s primary funder, Trinity United Church, could no longer afford to keep the restaurant open.”

The Abby Eats model, however, won’t have to worry about Vancouver-level real estate prices, and will also rely less on paid positions. The goal is to have three paid positions (Dyck, a chef, and a volunteer manager), and Dyck has a budget in mind.

“75 grand gets us open and running,” he says. “After that, though, to be sustainable, we will need probably about $50,000 a year to not go into the red … We’re not making money, there’s no profit, so this is just to keep the lights on, pay a lease, pay a couple staff.”

According to Dyck’s research into already existing social enterprise eateries, the most realistically sustainable division of payment is 60 per cent of patrons paying full price or more, 20 per cent paying partially, and 20 per cent not able to pay at all. Therefore, “a lot of the marketing down the road is going to be geared toward middle-upper class,” he explains, “because you need those people in there giving more to make up for the lower class who can’t pay the full amount or are paying less.”

Dyck is encouraged by the amount of people who have already approached him to express interest in volunteering at Abby Eats.

“People love the vision and the concept,” he says. “Most people haven’t even met me before – they’ve just read something online. So, it’s not really even my personality or like I’m a friend of somebody; they love the vision and mission of what we want to do.”

These volunteers are also “coming from everywhere … It’s not just like religious people, or this or that type of person.”

“I don’t think it will be a problem at all to get volunteers,” he says. “[But] right now we’re not in that stage. It’s our core team, and it’s trying to find people who know how to do fundraising and setting up stuff.”

The next steps for Abby Eats include hiring a head chef, forming relationships with local farmers, businesses, and organizations, and continuing to build a volunteer database.

Their first crowdfunding campaign began April 25, with a goal of $25,000 in 60 days. That campaign can be accessed online at https://chuffed.org/project/abbyeatscafe. 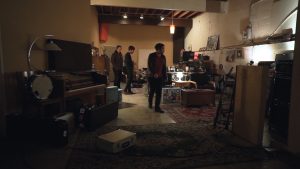 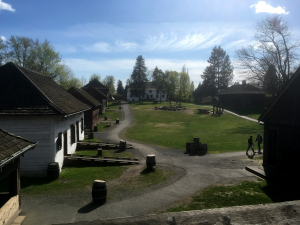